ARCHIVES:  Past History stuff worth keeping.

January 9, 2020
We have been informed of the passing of another classmate David Kapua, who passed away on Aug. 29, 2017.   Mahalo to William Kelley for the information.

December 9, 2019
Sadly, our classmate Rodney Alama passed away on Nov. 27, 2019.  More information is available on the Home page, under "Farewell and Aloha." ​
​
​December 5, 2019
New photo added to "Photos - Post High School" page under Class Ohana.  Check out a younger Jerrold Kam in the HPD Recruit Class picture, back in 1983. ​
November 18, 2019
Mahalo to the 14 classmates who stepped up to donate toward the costs of keeping this website up and running for another year. Final results of 2019 Website Fundraiser:  Individual Donation Amount:  $12. Total Number of Donations Needed: 16.  Total of Donations Received: 14.
​
April 8, 2018:  Classmate and Kumu Hula Ainsley Halemanu once again served as one of the seven judges at this year's Merrie Monarch Hula Competition.  The 55th annual event was held in Hilo from April 1-7.  "Ainsley, you do all of us proud!"
​​
September 6, 2017:  Classmate Judy (Lum) Taira announced that she has received sufficient personal recipes from fellow classmates to complete the special commemorative RHS Class of 1970 Recipe Book.  As a labor of love, Judy is donating her time, creative talent, and all the production costs to hand-make a limited edition of 10 books, which will be awarded as special prizes at our 50th Reunion.  Another good reason to be sure to attend !!!
September 3, 2017:   MUCH MAHALO & ACKNOWLEDGMENT to classmates Cynthia (Miyasato) Uyehara and Stephanie (Oie) Asato for their donation that paid for the annual renewal fee to keep our website up and running for 2017-2018!

August 12, 2017:  New page entitled "Classmate Gatherings" has been added to feature get-togethers that happen to occur between our five-year reunions.  Go to the Classmate Gatherings to check it out.
​ ​
August 7, 2017:  Our classmate Bert Nakamura passed away on August 7 in Honolulu.  More on Bert in the Farewell & Aloha section at the bottom of this page.
​

Click here to see the story on the U.S. News & World Report website.
​
Farewell and Aloha
Over the last few months, it has been brought to our attention that we have lost the classmates noted below.  For an updated list of other classmates who have passed away, go to our Class Ohana page (click here).  If you have confirmed knowledge of other classmates, please email the information to glennm@1970rhs.com . 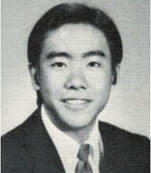 Kenneth Y.F. Chee passed away on January 21, 2019.  Ken was born in Honolulu and had a long career as a Harbormaster with the State of Hawaii.  In his high school days as a Roosevelt Rough Rider, Ken was a member of The Mavericks, a popular boys social club. ​
​​ 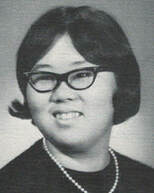 Bert Nakamura passed away on August 7, 2017 in Honolulu.  A gifted maker of Hawaiian feather hat bands, Bert was also known for his fabulous cooking abilities and his passion for karaoke singing and his many friends.

Wallace Kim passed away on February 17, 2018.  Wallace was born in Honolulu.

Stanton Ho passed away on March 10, 2017. Born in Honolulu, Stanton was a renown Executive Pastry Chef, living and working in Las Vegas.   Click here ​to read the complete obituary that depicts wonderful details of Stanton's remarkable life.
Someday I may be old...  but not today."
​
Another segment of time closes and, without interruption, a new one opens.  As one year changes to the next, many of us reflect on what we have experienced, treasuring the good and bemoaning the not-so-good.  Now, having reached the midway point of our sixth decade of earthly life, the natural, normal, inevitable signs of aging are grabbing our attention.  Still, what's inside of our "earthsuit" -- our perspectives, our attitudes, our heart, our spirit -- can continue to be transformed and renewed... continue to shine and grow.  ​May we age gently and gracefully.
Live Well ... Learn Humbly ... Laugh Often ... Love Much ... Leave Boldly.